From 1994 to 1996, served as an Evangelist, conducting weekend services and revivals.  During that time he also worked with his father, Rev. Richard Bane, in the church he was pastoring.  It was in 1996 that he found himself in the role of pastor, in Jackson, Tennessee while filling the shoes of the ailing C. E. Taylor.  Upon Rev Taylors death, it was noted that Scott did not have his credentials which are required in the actual position as pastor and he went back into evangelism.

From 1996 to 1998 he served as an Associate Pastor for The Mission Church of God in Jackson, Tennessee. Brother C. E. Taylor was the Pastor but his physical conditions required Pastor Scott to do most of the preaching. Brother C. E. Taylor went to heaven. Pastor Scott did not have his credentials at that time, so he went back into evangelistic work.

In his sixth-year of ministry, he was credentialed in the Church of God of Cleveland, Tennessee. In 1999, he pastored the Henderson Church of God; he was there for 8 years.

Pastor Scott and his wife Ann have together been in ministry since 1994. They are an awesome team and bring a lot of love and experience to Smyrna Church of God. After Pastoring nearly 8 years in west Tennessee, God spoke and they found themselves back home in the middle Tennessee area.

Smyrna Church of God, under the leadership of Pastor Bane has a vision: To reach past religious traditions, into the heart of the community, to bring souls to the cross and to lead God’s children forward into their destiny. 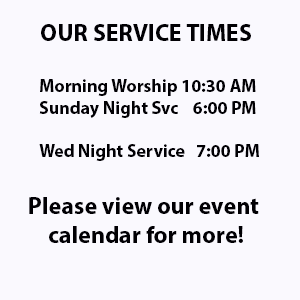